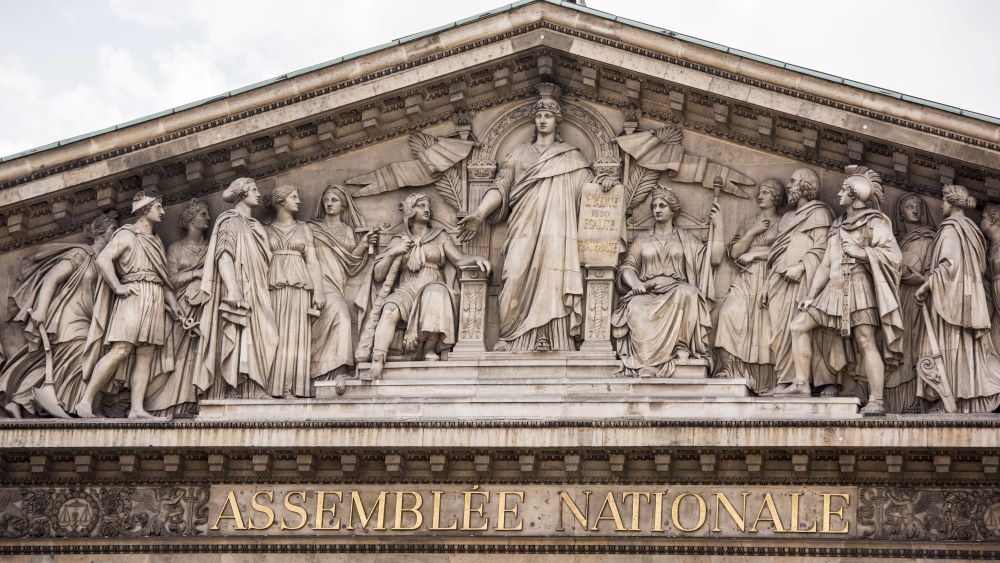 It was almost in a climate of general indifference that the legislative revisions of the law on bioethics was definitively adopted by the National Assembly during the last parliamentary round on the afternoon of June 29, 2021, by 326 votes for, and 115 against.

If the joy of the promoters of the culture of death broke out in the assembly room, the French people, for their part, seem to have other fish to fry: the intoxication of deconfinement, sadness over the elimination of “Les Bleus” [national football team], the annual disorientation of the Great loop of the Tour de France… Suffice it to say that the importance of the bioethics law invokes hardly any interest in the country.

Alas, the text which has just been approved by the deputies of the National Assembly constitutes one of the most appalling transgressions since the adoption of “marriage for all” under François Hollande.

The law expands access to medically assisted procreation (PMA) to female couples and single women. And for good measure, health insurance coverage of PMA is open to all categories of couples: open your wallets, citizens!

A “new right of access to origins” is established. Upon reaching their majority, children conceived by PMA will be able access non-identifying donor data (age, physical characteristics, etc.) or the identity of the donor. All donors must consent to the communication of this data before proceeding with the donation.

The notions of lineage, maternity, and paternity are upset, for children born through PMA to couples of women: the women concerned will have to establish a joint recognition of the child before its birth before a notary.

Preservation of gametes, apart from for medical reasons, also becomes possible for women and men, so that they can later personally resort to PMA. Procedures related to the collection or removal of gametes are reimbursed, but not the cost of conservation. The collection of consent from the spouse of the gamete donor is removed.

That is not all: the law as revised on June 29, 2021 relaxes the research procedure on embryonic stem cells. This research goes from an authorization procedure by the Biomedicine Agency to a simple prior declaration procedure. A period of 14 days has been set for the in vitro culturing of so-called “supernumerary” embryos abandoned by couples for research.

As for abortion: “disclosure to the pregnant woman,” when new genetic techniques are used to explore a proven risk of fetal pathology, is reinforced.

A new category of abortion is created, “the partial voluntary termination of a multiple pregnancy in the event of endangering the health of the woman, the embryos, and the fetuses.” What was done before during assisted reproduction leading to multiple pregnancy is become general.

Finally, the law now regulates the production of chimeric embryos: the deputies have authorized the addition of human cells to an animal embryo. The objective of this manipulation: to produce human organs through animal breeding, to alleviate the shortage of organs.

Ultimately, it is about developing a human organ, from human cells implanted in an animal embryo. The chimeric embryo would then be placed in a pig’s uterus, to give birth to the animal carrying human organs. A scenario already carried out in January and April by two teams, which succeeded in creating chimeric monkey-man embryos.

And, to preserve the perpetual advances of new technologies, the clause of periodic review of the law within a period of seven years, is renewed, opening the door to future transgressions the scope of which cannot be foreseen.

Précédent : Switzerland: A Church at the School of the World
Suivant : United States: A Tribute to the Reconstruction of Notre Dame de Paris