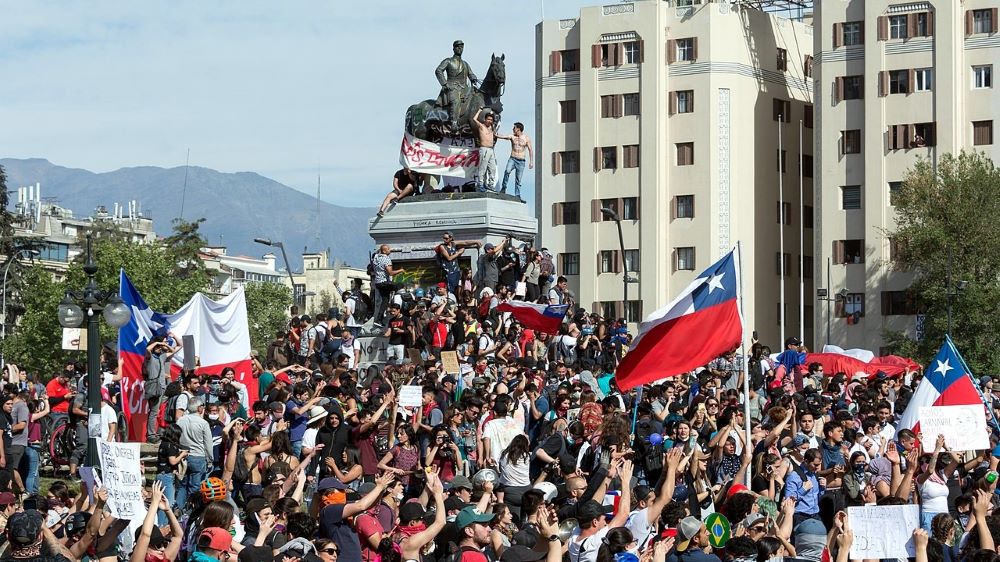 Chile is definitely turning the page on the Pinochet era, with the election of a constituent assembly clearly on the left. This is a defeat for the head of state – a conservative – who decided to follow in the footsteps of progressive ideas, promoting “marriage for all.”

The earthquake that hit Chile is more violent than those that usually hit the Andes, especially since no one really saw it coming.

On May 15 and 16, 2021, Chileans elected a constituent assembly to replace the fundamental law of the state, inherited from General Augusto Pinochet (1915-2006). The various lists put up by the left gained 56.8%, while on the right, it was a wash-out.

The new assembly – parity between men and women – must get to work during the summer. It will have one year to finalize a new Constitution aimed at defining the future model of Chilean society.

Of course, “reproductive rights” – contraception, abortion – gender ideology and the place of homosexual lobbies are at the heart of the agenda of an assembly already committed to progressive ideas: for Chile, this is indeed the end of a world.

Stunned by what appears to be a personal defeat, the President of the Republic of Chile – conservative Sebastian Pinera – has found nothing better than to get on board with progressivism.

“I think the time has come to legislate on marriage for all in our country,” the head of state told Congress on June 2.

“In this way, all people, regardless of sexual orientation, will be able to experience love and form a family, with all the protection and dignity they need and deserve,” he thought it best to add.

A declaration which had the gift of irritating the Conference of Bishops of Chile (CECH) which was quick to react: “those of us who follow Jesus Christ as Savior and Lord and who are guided by His teaching, maintain the certainty that marriage as established and willed by God can only be achieved between a man and a woman,” stated the Standing Committee of the CECH.

And the prelates conclude: “may these words help in the discernment of those who exercise the responsibility of making laws.”

Sebastian Pinera’s remarks also made members of his own political family react: “this is a betrayal by the president,” proclaims Guillermo Ramirez, member of the Independent Democratic Union (UDI) who was the current head of state in power in 2017.

Sebastian Pinera is indeed a past master in the art of switching sides, since in May 2020, a little over a year ago, he declared that he wanted to “strengthen the family, because it is, after God, the most important thing that we have in this world,” adding “to believe in marriage as it should be, i.e., between a man and a woman .”

When the new assembly, elected last May by the Chileans, returns its copy, the new Constitution will have to be validated by a referendum, where a two-thirds majority will be required.

Although progressives have taken a step forward, the fight for Christian and family values ​​is far from over in Chile.

Précédent : PMA for All: Soon the Epilogue
Suivant : Congregation for the Clergy: The Change Is Now