Dernières nouvelles
Accueil » Histoire » Egypt: One of the Oldest Monasteries in the World Unearthed Egypt: One of the Oldest Monasteries in the World Unearthed 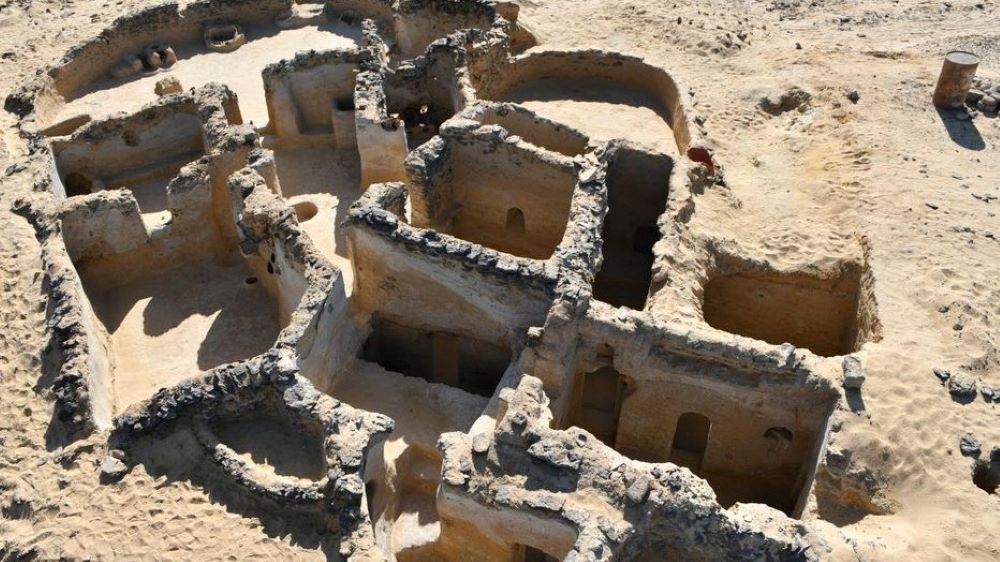 The Franco-Norwegian archaeological mission – a partnership between the French Institute of Oriental Archeology (IFAO) and the MF Norwegian School of Theology, Religion and Society – made a new discovery of the remains of Christian buildings from Late Antiquity in the Western Egyptian desert, indicative of monastic life in the 5th century, the Egyptian Ministry of Antiquities announced on March 13, 2021.

On the site of Tell Ganoub Qasr al-Agouz, in the oasis of al-Bahariya, “we are touching primitive monasticism,” comments Victor Ghica, a specialist in early Christianity and director of the excavation campaign.

This discovery, he explains, allows us to understand the layout of the buildings and the formation of the first monastic communities in this Egyptian region.

These Christian remains are located 370 km southwest of Cairo. The site was inhabited from the 4th to the 8th century. The earliest foundations of the monastery date back to around AD 350, shortly after the Edict of Milan promulgated by Emperor Constantine in 313.

Excavations have been going on for several years: two campaigns took place in 2009 and 2013, the last in December.

Osama Talaat, head of the Islamic, Coptic and Jewish antiquities sector at the Egyptian Ministry of Tourism and Antiquities, specifies that the monastery is made up of “six sectors containing the ruins of three churches and monks’ cells.”

The area studied in the last season revealed that the walls of the church there are covered with religious texts written in Greek or revealing the nature of monastic life. Some of the texts are quotations from the monk Evagre le Pontic (345-399). Living in the Egyptian desert, he was the first to codify Christian ascetic thought. Other writings are from the theologian and poet Ephrem the Syrian (306-373).

The layout of the buildings, as well as the construction techniques employed, indicate that Qasr al-Agouz “functioned like an atypical lavra [an eastern monastic establishment. Editor’s note], that is, like a semi-independent monastic establishment including living spaces for monks,” explains the statement from the Norwegian university.

The excavations undertaken on the site in 2009 and 2013, had brought to light the activities of the monks, in particular “the production and preservation of wine as well as the husbandry of animals in a monastic context” or even the “commercial contacts (of the monks) with various regions of the Byzantine Empire,” specifies the IFAO.

A number of Greek ostraca, pottery fragments, dating from the 5th and 6th centuries have also been found, says the Egyptian Ministry of Tourism and Antiquities. One of them is a letter addressed to the Father Abbot of the monastery. Which is mentioned in another ostracon discovered by an Egyptian archaeologist in the 1940s. This letter indicates that a monk from the monastery was on a study trip to Constantinople, 1,400 kilometers away! The monastery was thus connected to the world and the monks were capable of traveling very far.

Despite its great cultural and historical value, it is almost impossible to conserve this monastery in the open air, protected from rain or wind. The site will therefore be covered again in some way once the researchers have completed their investigative work.