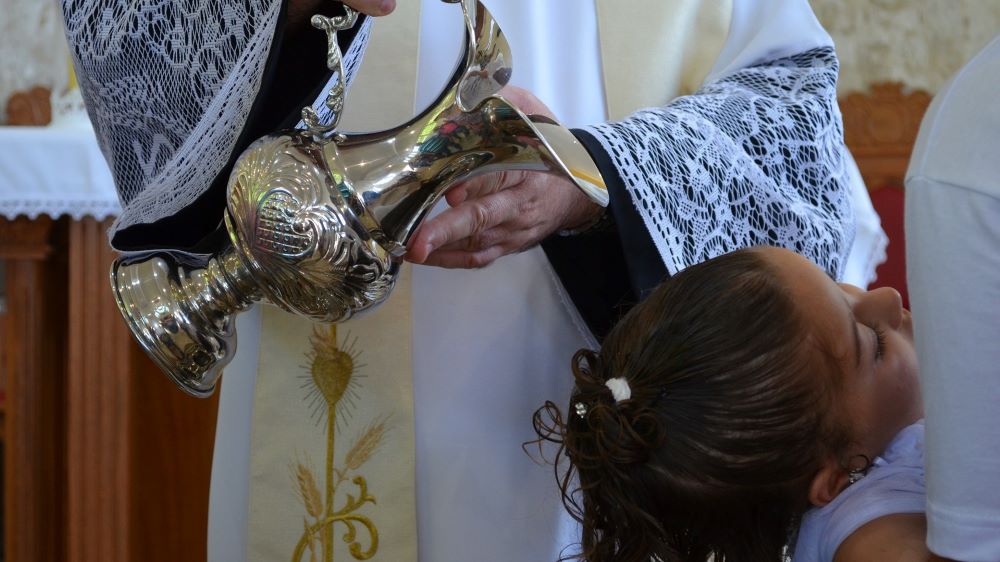 3,639 catechumens were baptized at Easter this year in France, as opposed to 4,468 in 2020. A drop due to the Covid-19 pandemic which has stopped some candidates for baptism in their tracks.

The year 2021 for adult baptisms is less generous than that of last year: “the drama of the pandemic is adding to the difficulty,” explained Msgr. Vincent Jordy, Archbishop of Tours, and president of the Episcopal Commission for Catechesis and the catechumenate.

Data published by the National Catechesis and Catechumenate Service (SNCC) confirms a 17% drop in the number of adult baptisms this year. A sacrament that the catechumens received, curfew obliging, on Easter day, or at the dawn of Resurrection Sunday, in order to keep the symbolism of the night.

“The meeting conditions being complicated because of the pandemic, some catechumens have dropped out and have not kept in touch with their companions,” it was suggested by way of explanation to the SNCC.

Who are these adults who made the choice to embrace the Catholic faith in 2021, in France? “They are mostly (55%) from Christian families. The parents wanted to leave them free as children, and then in adulthood they took this step,” specifies Cécile Eon, head of the catechumenate at SNCC.

Half of this year’s baptized are young adults between the ages of 26 and 40. The proportion of young people aged 18 to 25 remains high, constituting 24% of neophytes.

But it is never too late to ask for baptism: sixty catechumens were over 65 this year, or 2% of the total.

Occupation wise, the distribution has seen few changes compared to last year: the most humble categories – workers, technicians, employees – are the most represented, even if, from year to year, there has been an increase in requests by people engaged in self-employed or independent professions. In 4 years, they went from 4% to 9% of the number of baptized adults.

The share of students remains high constituting 17% of the requests.

Two figures remain stable, the proportion of city dwellers and the male-female distribution. Three-quarters of the baptized live in town or on the outskirts and more women ask for baptism (64%).

But the hardest part remains to be done: to persevere in the Christian life, when the ideal of the Gospel goes against the grain of a largely secularized society.

As the crisis in the Church undermines doctrine and destroys the liturgy, forging convictions and finding help in prayer and divine worship becomes more and more difficult for these neophytes.