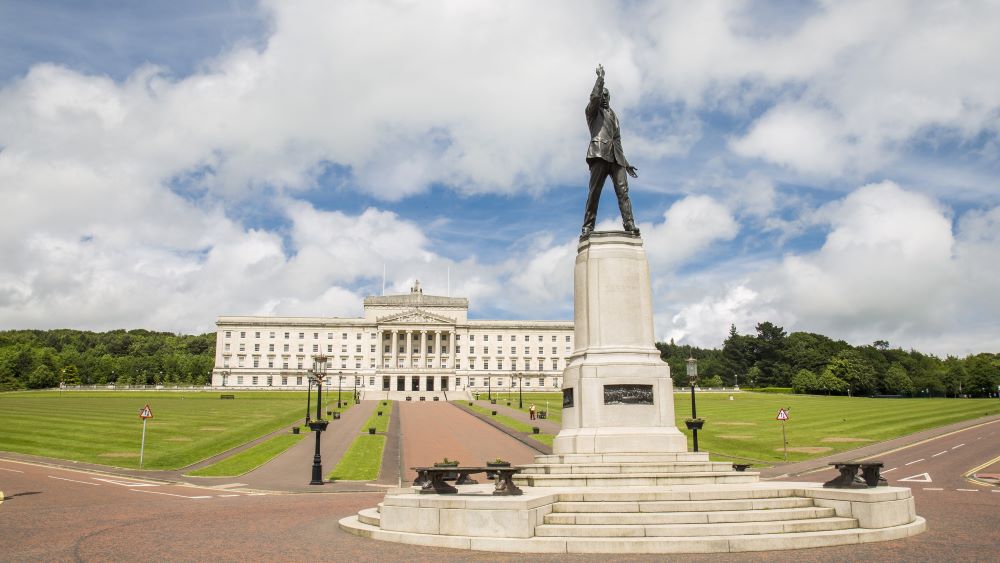 Northern Ireland’s bishops are protesting the British government’s interference in forcing the province to enforce, as broadly as possible, the abortion law imposed by Westminster in 2019.

Deprived of an executive since January 2017, following a political and financial scandal, the British province of Northern Ireland has seen its political institutions shut down for many months.

But since then, Stormont Palace – the seat of the Northern Irish Parliament – moderately tasting English interference in its affairs, has dragged its feet, getting somewhat involved in the concrete implementation of abortion services.

Faced with a situation it deems unacceptable, Boris Johnson’s government has given carte blanche to its Secretary of State for Ulster, Brandon Lewis, in order to force the ministers, departments and health organizations concerned to apply, as widely as possible, the law on voluntary termination of pregnancy (abortion).

If the Northern Irish executive does not cooperate, Brandon Lewis will take full power in April 2021, in order to promulgate the decrees expanding access to abortion: “I have made progress on these regulations because today, women and young girls in Northern Ireland are still denied the right to access abortion care,” the secretary of state said in The Guardian on 23 March.

London estimates that more than 100 women from Northern Ireland have still sought abortions in England, despite the health risks.

For its part, the Protestant Unionist Conservative Party DUP – fiercely opposed to both Brexit and abortion – has warned that British intervention would have “serious consequences” for Stormont’s future.

The North Irish episcopate was also quick to denounce the pressure exerted by London. The prelates of Ulster issued a joint statement, saying, “What Westminster seeks to impose, against the clear will of a majority of people here, is a law that blatantly undermines the unborn children’s right to life and promotes an odious and indefensible prejudice against people with disabilities, even before their birth.”

Like the DUP, the bishops see the Westminster intervention as a blatant violation of the Good Friday Agreements, which in 1998 brought an end to 30 years of troubles that claimed nearly 3,500 lives.

Northern Ireland was the last part of the British Isles to legalize abortion: England, Scotland, and Wales decriminalized abortion in 1967; Ireland, in 2018, by referendum.

According to the Northern Ireland Department of Health, 1,345 abortions have been performed since the law came into force on March 31, 2020. But many women continue to travel to England to be able to have an abortion.