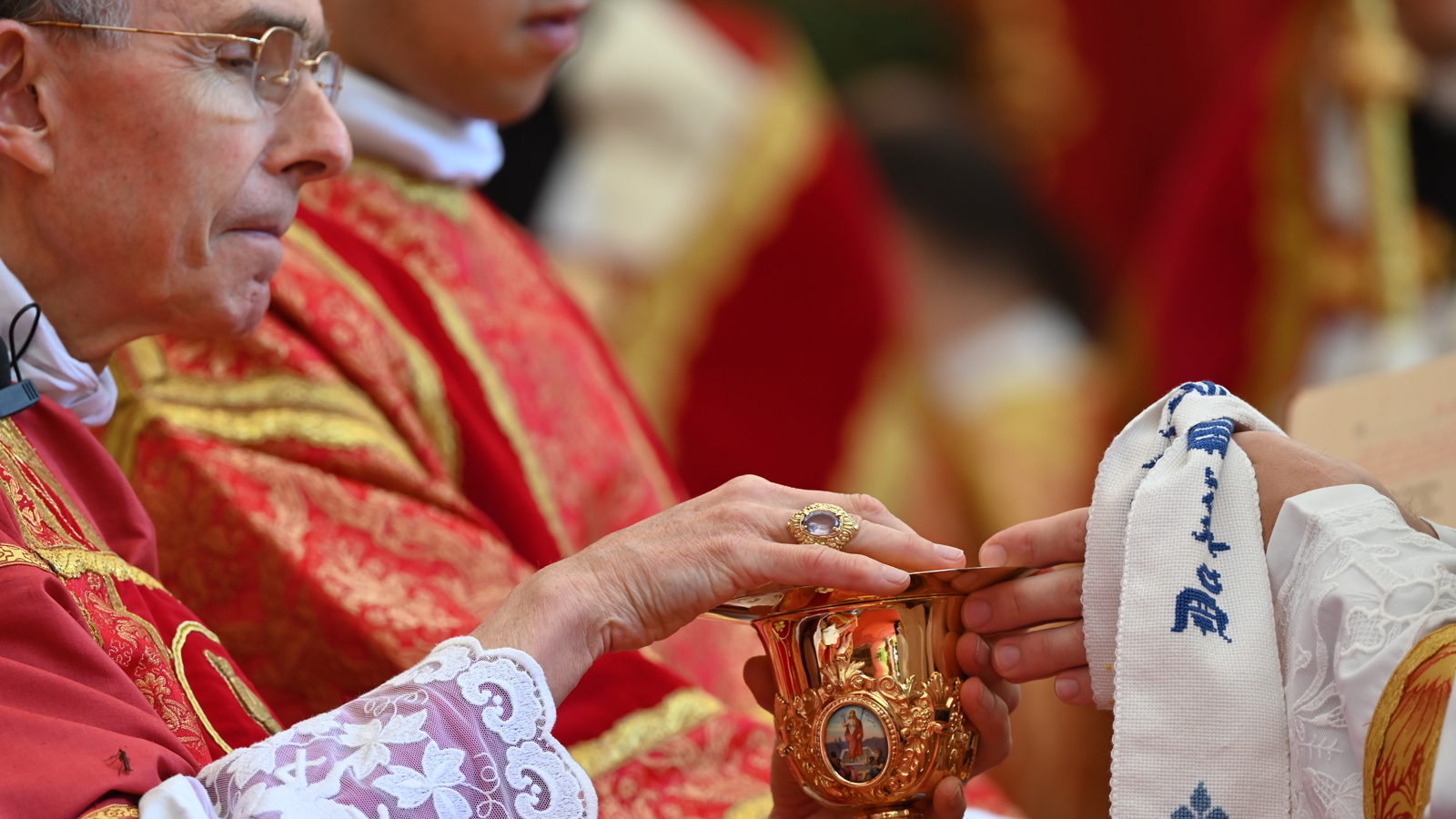 On the feast of the martyrs St. John and St. Paul, five candidates were ordained to the priesthood and two to the diaconate at the Sacred Heart Seminary in Zaitzkofen

“How would you describe this day? An older seminarist asks one of the first-year seminarians at dinner. “Well, with regard to the ceremony: impressive. As for the work: exhausting. And in general: unforgettable.”

This June 26, 2021 is an unforgettable day, because five candidates received ordination to the priesthood at the Sacred Heart Seminary: one Czech, two Germans, one Austrian, and one Lithuanian. Two new deacons were ordained: one Polish and one Belgian. On the feast of the brother martyrs St. John and St. Paul, we feel tied to the origins of the Church of Rome and we sing: “Haec est vera fraternitas – this is a true fraternity.”

A statement that can be applied to the Society of Saint Pius X, following the homily of Bishop Tissier of Mallerais. Through the Society, its founder, Archbishop Marcel Lefebvre, wanted to bring Catholic tradition to the “souls that we do not win,” as Padre Pio said, “but that we buy through sacrifice.”

The many faithful present were pleased to once more be able to participate publicly at the ordination ceremony.

Their presence is also important for the priests to see that they do not receive the priesthood for themselves alone, but for the faithful, in particular, carrying their intentions to God at the Holy Altar.

“Haec est vera fraternitas – After 50 years, we realize that constant zeal is not definitively acquired.

May the new priests always retain the priestly zeal of their first days, and bear it to wherever the good God sends them by the decision of their superior.