Dernières nouvelles
Accueil » Histoire » Rome in a Time of Contradiction 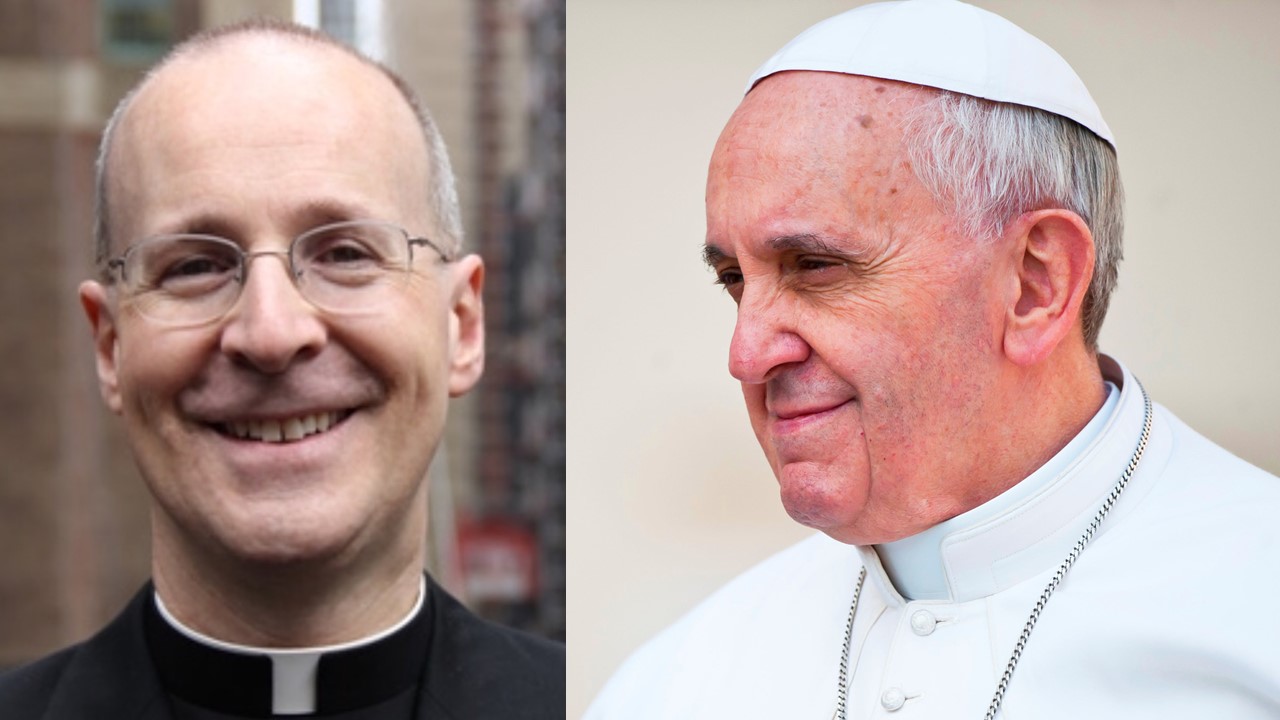 By strongly encouraging, by autograph letter, an American Jesuit known for his commitment to the militant homosexual movement, Pope Francis is sending confused signals, while the Roman Curia has taken divergent decisions in recent weeks.

The Pope sent a letter to Fr. James Martin, a fervent defender of the LGBT cause in the United States. The handwritten letter, written in Spanish, and dated June 21, 2021, was made public by Fr. Martin on the following June 27, then shared in Italian by Vatican News.

Francis was responding to a message from the American Jesuit regarding a webinar he was scheduled to participate in: “Ministry awareness among LGBTQ Catholics.”

“I would like to thank you for your pastoral zeal.…Jesus goes beyond prejudices, beyond appearances,” writes the Pope, who adds that “the heart of God is open to all. I pray for your faithful, for your ‘flock,’ all those whom the Lord entrusts to you, so that you protect them, make them grow in the love of our Lord Jesus Christ.”

A letter in the form of a blank check which is surprising, considering that this webinar was put together by The New Ways Ministry for homosexual Catholics, an organization long condemned by the United States Conference of Catholic Bishops (USCCB).

But above all, the pontifical autograph seems to send a contradictory message to the whole Church, because it comes at the end of a very specific sequence that begins in March 2021.

On this date, the Congregation for the Doctrine of the Faith (CDF) recalled that the Church does not have the power to bless homosexual unions. This statement, approved by the Pope, is accompanied by an explanatory note and a commentary.

This did not prevent, on the following May 10, a hundred German priests from “blessing” homosexual couples, a gesture repeated since without sanctions being taken by the hierarchy.

Another fact: on June 17, 2021, Msgr. Paul Gallagher, Secretary for Relations with States – a sort of Minister of Foreign Affairs – communicated a “note verbale,” to the Italian Embassy to the Holy See which points out to the Italian government the imprecision of the bill against homophobia, imprecision which could be in opposition to the concordat signed between Italy and the Vatican.

This is the first time, at least publicly, that the Vatican has used an official diplomatic channel in such circumstances. There is no precedent where the Church has intervened in relation to an Italian law using the concordat made between the Holy See and Italy.

This is what Stefano Fontana thinks: for the editorialist of La Nuova Bussola Quotidiana, to the Argentinian pontiff’s way of thinking, “the life of the Church is in essence a contradiction,” or “tension between two opposing poles, which through it still expresses life.”

A hypothesis corroborated by Msgr. Bruno Forte, archbishop of Chieti-Vasto, former special secretary of the Synod on the family. Interviewed by La Croix last April, this close friend of Pope Francis describes this contradiction in selected terms: “from the beginning of his pontificate, the Pope has wanted to combine mercy and doctrine,” he explains.

“The true creativity of Francis – continues Msgr. Forte – consists in asking the Church to think about the two aspects [doctrine and mercy. Editor’s note]. If you don’t understand that, you can’t understand the Pope,” he insists.

Mercy being understood here by the prelate, not in the traditional sense – a notion which cannot be abstracted from the truth – but, equivocally, in the sense of “accompanying the person,” as he himself says, even recognizing an “appearance of conflict” between doctrine and “mercy” thus conceived: an admission, in short.

“Build a bridge.” This is the title of the work in which Fr. Martin published his heterodox theses on the Church and the “LGBT community” making them known to Rome and to the world. By giving the Jesuit a handwritten letter in praise of him, one might wonder whether the Argentine pontiff is not dynamiting another bridge, that of the magisterium, of which he is the guarantor.