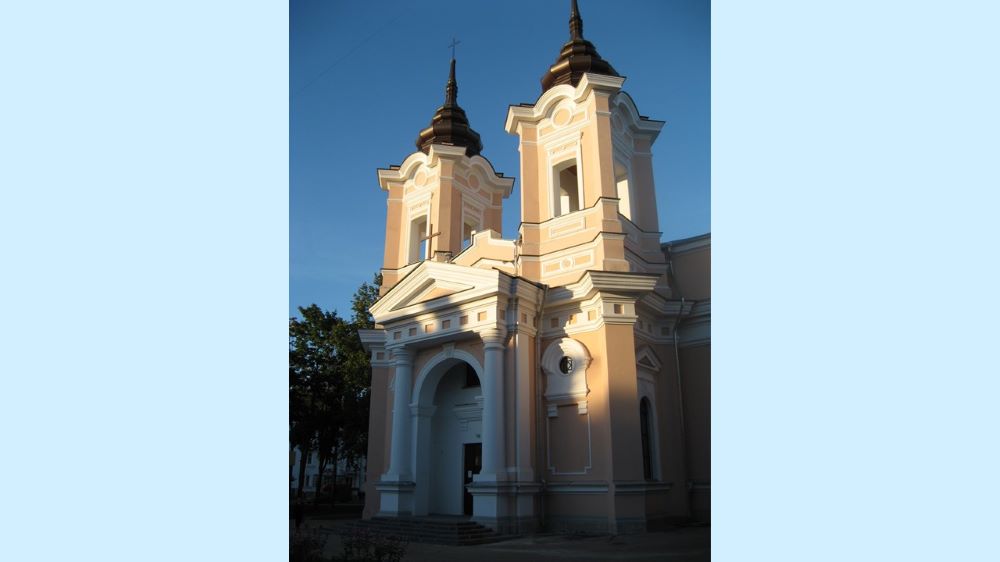 The Russian Federation has just returned to the Catholic Church the use of a 19th century religious building in the historic city of Novgorod. A generous gesture made at a time when state control of religions intensifies in the country.

The Church of Saints Peter and Paul is located in the central street of St. Petersburg, Novgorod. It was in this city, one of the oldest in Russia, that the Russians first joined the Scandinavian Varangians to form a new state, in the 9th century.

Despite the Great Schism, Christians faithful to Rome have been well established in Novgorod since in the 11th century and there are two Catholic churches: one dedicated to St. Olaf, bringing together Baltic and Scandinavian merchants, the other to St. Peter, frequented by the Germanic community which is very present in the region.

It was the descendants of the Poles who had been deported to the region who initiated the construction of the Church of Saints Peter and Paul in 1893, during the reign of the last of the Romanovs.

Decommissioned after the October Revolution, in 1933 it was transformed into a cinema called Rodina – the mother country, in Russian – where the masterpieces of Eisenstein were shown on a loop, supposedly to exalt the new totalitarian regime and its tsar: Stalin.

In 1996, the effects of perestroika were felt, and a small community of Catholics gathered again in the old church for worship.

In 2009-2010, the faithful secured funding from the Russian Federation to restore the church’s outer towers, destroyed under Soviet rule, and were able to have the building recognized as a “monument of national value.”

On March 15, 2021, after twenty-five years of negotiations between the Catholic hierarchy and the Russian authorities, the religious building was officially returned to the Church, and a first solemn mass was celebrated there the same day by Nikolaj Dubinin, Auxiliary Bishop of the Archdiocese of Moscow.

This great step forward for Russian Catholics should not obscure the recent infringement on freedom of worship in the land of the tsars, on which FSSPX.News has already reported.

In October 2020, the Duma adopted a new version of the law on freedom of conscience and religious association. Henceforth, foreign-trained ministers of religion—as is the case for the Russian Catholic clergy—will have to be “re-educated” in the context of Orthodoxy, and obtain state certification, in order to be able to freely exercise their ministry.

Representatives of the Russian Jewish community want to see the new law with a certain optimism, viewing it as “a stimulus to develop the theological sciences in Russian universities.” Protestants and Buddhists, for their part, said the new rules are made to “tie the hands” of pastors in communities.

On the Catholic side, the Russian Bishops’ Conference, which met on March 10 and 11, expressed its “perplexity” about the new standards, while acknowledging certain positive corrections.

Another cause for concern: a new amendment approved by the Duma on March 16, 2021, requires all educational establishments, even private ones, to obtain an “educational certificate” from the administration, beginning on June 1st.

More than ever, the contents of school curricula and the various activities will be subjected to the tightest scrutiny by the state. As Fr. Kirill Gorbunov, Vicar General of the Diocese of Moscow, has lucidly deplored, “The motives behind this law are obvious. The government and the state feel the need to control the religious landscape.”

Précédent : End of Life At the Heart of Debates in Spain and Portugal
Suivant : France: Catholic Doctrine Indicted – FSSPX.Actualités / FSSPX.News