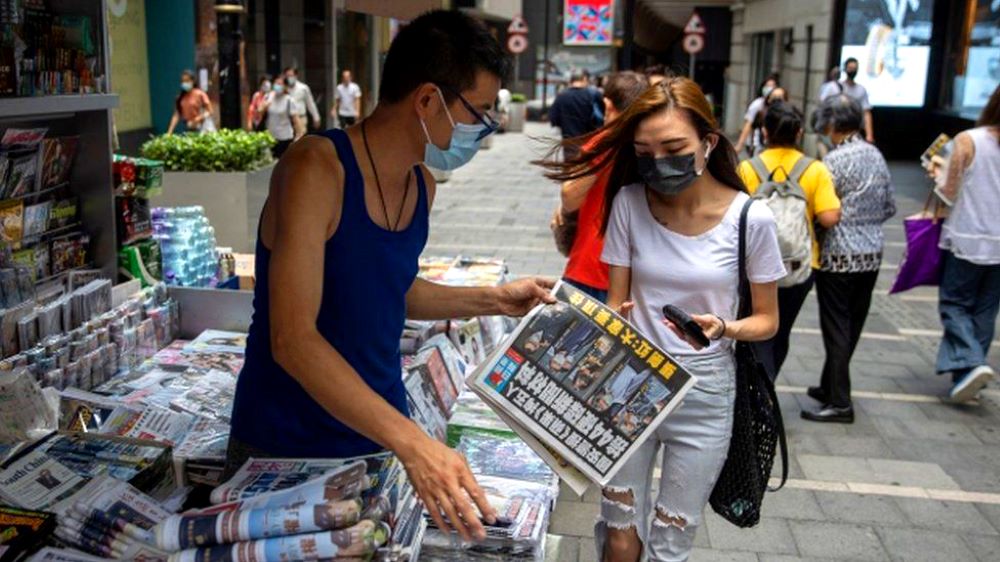 The Vatican’s foreign minister believes it serves no purpose for the Holy See to speak out regarding restrictions on Hong Kong. It is an admission that bodes ill for the future of Catholics in the Middle Kingdom, and which further mortgages the agreement reached with Beijing in 2018.

The Suppression of Apple Daily

Coincidences sometimes have symbolic values. The day before the press conference given by Msgr. Paul Richard Gallagher, Secretary for State Relations, residents of Hong Kong lined the streets to buy the last issue of Apple Daily.

This popular daily – of questionable quality, but viscerally anti-Communist – founded by Jimmy Lai, a Catholic now behind bars, has been definitively suppressed, after 26 years of more or less direct criticism of the Chinese Communist Party (CCP) .

This sudden death came down like a crushing blow on the residents of the former British colony, who believed, until the National Security Act came into force a year ago, they would enjoy certain freedoms under the “one country, two systems” framework status granted by Beijing.

The closure adds to a long sequence that saw the ascendancy of the Red Mandarins’ grip on the former British colony ceded to China in 1997.

Thus, on June 23, 2021, the central government of Hong Kong, a satellite of Beijing, completed its transformation into a police state: John Lee, until now Secretary for Security, became number two in the local executive, while Chris Tang, chief of police, replaces him at his post.

In this context, Msgr. Gallagher replied on June 25 to the journalist asking why the Holy See was acting in Lebanon and not in China: “we could say a lot of things [about Hong Kong] that would be appreciated by the international press,” admitted the high prelate, but the Vatican is “not yet convinced that it would make any difference.”

Msgr. Gallagher’s observation illustrates the method of the Secretary of State which, in order to spare the agreement made with Beijing on the appointment of bishops in the Middle Kingdom, tries to avoid any derogatory comments on Xi Jinping’s regime.

From a purely diplomatic point of view, this response shows a certain realism: the protests of the international community against Beijing have not loosened by one notch the stranglehold of restrictions on Hong Kong, nor on Chinese Catholics more generally.

Moreover, it would be hypocritical to confer a monopoly on totalitarianism on Communist China: there is a lot to be said, in our secularized West, about the promotion of ideologies opposed to Christianity – such as gender – at the expense of the family and of life in general.

On the other hand, several Chinese observers, such as Cardinal Joseph Zen, noted that the Vatican’s silence on the violations of the rights of Chinese Catholics, linked to the closer diplomatic exchanges by the provisional agreement, could be seen as a tacit endorsement of the regime.

Finally, although Roman silence has a strategic dimension, many people wonder about the ability of the Church now to speak credibly on other civil and political crises, such as in Lebanon and Burma.

It seems that the Secretary of State is counting on the local Church to speak and act more directly on the ground: “we hope that the new bishop of Hong Kong will do a good job,” Msgr. Gallagher murmured to the journalists, evoking the delicate mission entrusted to Bishop Stephen Chow.

All the more delicate as, since June 25, in Zhongnanhai, the seat of the executive in Beijing, they know that the Vatican has officially resigned itself to a certain impotence.

Précédent : Ordinations to the Priesthood and Diaconate – Zaitzkofen, June 26, 2021
Suivant : Switzerland: “Gothic! The Time of the Great Cathedrals”